Purpose:This assignment is designed to assess your level of knowledge of the key topics covered in this unit

Assessment Question Week 2 and 3 Demand and Supply, and Elasticity

Due to inflation in Australia in December 2019, the price for petrol increased from AUD 1.35 to AUD 1.45. This caused petrol consumption to decrease from 2500 litres to 2450 litres at a 7-Eleven Petrol Station in Sydney.

Also, when the price for Hyundai 7.5kW Inverter Split System Air Conditioner (Reverse Cycle) increased from AUD 950.00 to AUD 990.00; demand for these air conditioners fell from 2500 units to 2000 units.

Following this condition, answer the questions below.

James was a high school teacher earning a net salary of $4500 per month. After working for one year, he quit his job to start his own kiosk business dealing in various consumer goods. In order to learn how to run the business, James enrolled in a TAFE to acquire accounting skills. James’ course was for 6 months. James had to pay $3,000 as tuition for the 3 months.

After the training, James borrowed $40,000.00 from his uncle whom he pays 8 percent interest per year.

Also, James withdrew $ 50,000 from his savings account. He had been earning 5 percent interest per year for this account. Further, to start the business James used his own premises given to him by his father.

His father had been receiving $11,000 from rent per year. Finally, to start the business James uses $75,000 he had been given by his father to go on holiday to USA.

James’s first year of business can be summarised as follows:

Based on your calculations of accounting profit and economic profit, would you advise James to return to his teaching job or keep his kiost job? Show your work!

The graph below represents sales per week of ABC Inc. Ltd, a monopoly multinational enterprise that supplies Hi-tech components. Use the graph to answer the questions that follow. 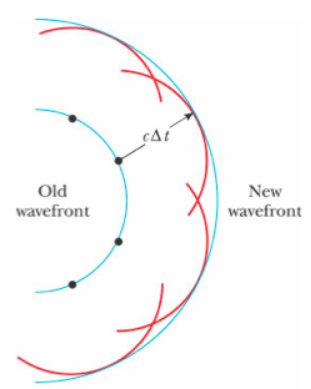 The table below is extracted from Happy land Republic, Bureau of Statistics records for 2018-2019. Use the information in this table to answer the questions that follow.

Inflation and unemployment, and Macro economics

There are two factors (Microeconomic factors and Macroeconomic factors) which has direct impact on the economy of a country. The macroeconomic factor includes employment rate and the inflation rate which has direct impact on the GDP of a country (Alizadeh, Vakilifard, & Hamidian, 2021). The aim of this report is to study the various concepts and factors of macro and microeconomics so that a broad understanding about the topic can be developed. In additional to this the sub objective of this study is to scrutinize the fiscal and monetary policies of Australia and its influences on the business environment.

To critically analyze the government fiscal and monetary policies

To study the influence of fiscal and monetary policies on business

In this given scenario of Hyundai and Petrol, the prices of both AC and Patrol has decreased due to which the demand of AC and petrol has reduced. In order to calculate the price elasticity Midpoint method will be an apt approach for this scenario.

Price Elasticity of Demand of Petrol:-

Elasticity of Each Commodity:

Incidence of Increase in Tax: 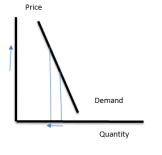 Impact on Hyundai: In this given scenario of Hyundai price elasticity of demand is elastic which more than 1 is. Hence the customers are very concern about the price of product. In case if the tax rate increase the final selling price of product will also increase which will affect the demand of product. In such case supplier have to compromise with his profit and he will supply less product in the market. 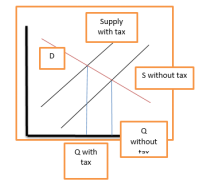 Calculation of Accounting and Economic Profit:

Economic Profit: Economic gains are similar to accountable gains by explicitly deducing revenue costs. Economic profit however also includes the cost of opportunities in the period for one action versus another. Economic profit is based on economics and not accounting principles

Implicit costs are the cost of the opportunity to select the next best alternative for a company.

In this given case James is a high school professor, who earns $4,500 a month. He has however decided to leave his job and start his own business, which involves a series of costs, including the cost of opportunity for James to choose his company over teaching work.

The accounting profit and economic profit calculation is provided below:

Monopoly is a market scenario in which the market have the advantage to set the price of product as per his choice. Some of the advantage of monopoly market with context to ABC Inc. Ltd. are as followings:

Price maker: In the scenario of monopoly market, the marketer has the liberty to set the price of product as per his choice since there are no other competitors in the market.

Barrier for entry: It has the benefit of serving as a barrier to prevent the other businesses from entering the market.

Discrimination on price: In an elastic market, the business will sell a significant amount of its goods at lower prices. However, the quantity demanded in the industry decreases as the market is resilient as the company raises its product prices.

In this given scenario of ABC Inc. Ltd Company, the company can earn more economic and supernormal profit since the company is in monopolistic situation. In monopoly the marketer has the liberty to decide the price of product as per his choice since there is no other competitors in the market. In MC = MR, the monopoly market maximizes profit and depends on the competition level. However, if the company is the only monopoly on the market, it would have zero competition and will gain super-normal profits. In additional this there is less or minimal threat of entry of other competitors in the market so the company can take the advantage of monopoly and maximize its profit by providing the products at higher price.

Market monopoly is known as price market in which the single motive of the marketer is to maximize company’s profit which affect the customers negatively and some of the negative impacts are as follows:

1. The production on the market is small.

2. The rates are high in contrast to the competitive markets.

4. There are few options for customers.

To calculate the nominal GDP, number of output unit need to be multiplied by current price.

How Real GDP Is Different From Nominal GDP:

The real GDP varies from nominal GDP, since the effect of inflation is also considered in real GDP. The actual GDP would be lower than the nominal GDP if the inflation is positive. The nominal GDP is the production of goods and services, at current market price while the actual GDP is inflationary, i.e. price change from one time to another due to macroeconomic factors. The macroeconomic factors are those which affect the GDP of a country directly or indirectly. For example employment rate and inflation rate have direct impact on the GDP of a country.  In general, the actual GDP is marginally less than the nominal GDP and is an easier way to consider a country's true economic condition. The true GDP is usually calculated by the GDP deflator that means that it corresponds to the real GDP by quantity.  Therefore, it becomes difficult to understand that the real GDP is not measured if the economy really is expanding or whether only the price increase is due to a rise.

There are four common determinants of aggregate demand: household consumption, investment, government spending, and the following exports. Aggregate demand demonstrates the relationship between the total goods, services and price levels generated when all other variables are assumed to be stable. On the other hand the aggregate demand curve determines the relationship between the demand of goods and services at real GDP and the price level. There is a negative correlation between a price level and the quantity of products or services required on the market where other variables are constant.

The aggregate demand is sloping download and usually connects people's actual wealth and consumption. As rates decline, people's income rises and consumers' expenditure increases. If prices are lower, overall demand will become higher and if price levels change, the real wealth of the people will be affected. The aggregate demand curve also provides the correlation between interest rates and investment. Thus the aggregate demand curve will move to the right as the price level shifts, e.g. when there is a change in the demand quantity of goods and services. 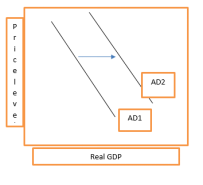 Rise in Price of Goods and Services: