The ingredient, Turmeric, is mainly cultivated around the nations of the Indian Ocean. In ancient time, turmeric was mainly used for two various purposes, which are perfume and spice. Due to globalisation, turmeric is exported to various countries where people of different cultural backgrounds are present and looking for the ingredient for their daily use purpose. The aspect of globalisation significantly changed the consumption behaviour of customers regarding turmeric as previously, the ingredient was mainly consumed in the Middle East Asia nations. This factor influences gastronomy as tourists are looking for the ingredient due to which a product needs to exist in different nations to fulfil the demand. However, it can be asserted that a country needs to develop some beneficial strategies to meet the demand by ascertaining the actual requirements regarding the ingredient turmeric.

This assessment aims to explore the journey of a Middle East product that evaluates through various stages of globalisation and reaches multiple cuisines around the globe. Concerning this, in order to accomplish this assessment, turmeric is taken into account, and the globalisation process of the ingredient is represented through Hall and Mitchell's globalisation process framework. Turmeric is considered a medicine that belongs to Ayurveda and is a frequently used cooking ingredient by numerous families of middle East Asia (Britannica, 2020). Alongside this, the Multidisciplinary model is also considered in order to represent the aspect of gastronomy that has been crossed and evaluated due to the various stages of globalisation. It can be argued that Globalization and its aspects significantly influence the food consumption behaviour of people around the globe of the tourism industry due to which cuisine of a specific nation available in various countries that can address the needs and requirements of customers belong to different cultural backgrounds.

2. Evaluation of Middle-East based Ingredient - Turmeric

Turmeric is primarily used as curry powder or spice in the Middle East. It is used usually in ground form and consists of a bitter, slightly peppery flavour (Fayed, 2020). It has been used as a critical ingredient in many Asian dishes. The culture and tradition of the Middle East are deeply rooted in its habit of eating foods (Spicesinc, 2021). Turmeric shows one of such healthy habits. The medicinal value of turmeric is also another aspect of popularising it in the entire Middle East. The countries of the Middle East consume much of their turmeric production. Organisations involved in turmeric manufacturing and supplying to sellers have been considerably growing in numbers in the Middle East. As a cure to medication and as an ingredient of cooking, turmeric has been used mainly in various Middle East countries. From production to manufacturing, all the activities of the turmeric business take place within the Middle East. Organisations have huge profits by using turmeric as a product of their business development. Food and agricultural organisation in the Middle East countries such as Japan, Srilanka, and even North Africa have created the significant importing business of turmeric. Japan and Canada have forecasted to develop a turmeric business of 1.2% and 3% over the 2020-2017 period (Globenewswire, 2020). The geographical market of the Middle East also portrays that China is forecasted to reach a market size of 313.8thousand metric tonnes trailing a CGSR of 7%.

As per Hall and Mitchell’ globalising processes, the change in regional cuisine dates back to the 1400s to the 1800s during European mercantilism. Turmeric was used as a culinary spice and also had a religious significance. During the eighteenth century, the use of turmeric was started in Jamaica. The time was European mercantilism, where the industrial revolution took place. During this period, people were started engaging in mercantile works. This also fostered the growth of the turmeric business. As the regional cuisine in the Middle East had greatly favoured the spicy taste of turmeric. The religious value, as well as the medicinal use, had been started long 4000 years ago. With the increasing market development due to mercantile evolution, turmeric was popularised as a habit of food and culture of the Middle East. The process of globalisation adds value to food culture (Kwon, 2017). 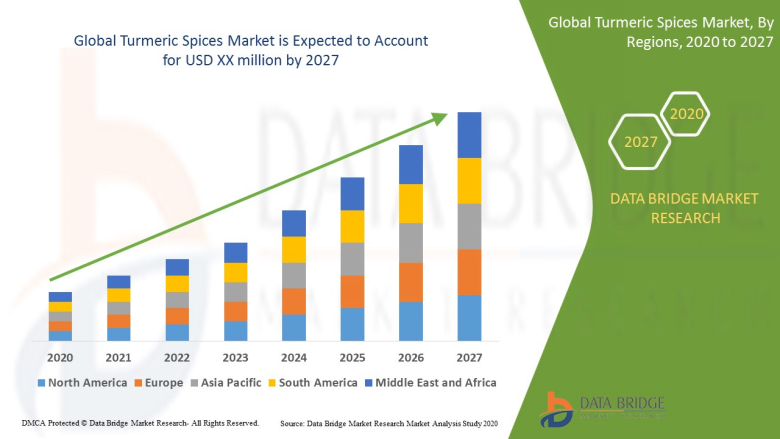 Hall and Mitchell denote the second wave of the globalising process between the large-scale migrations from the 17th to 20th century. Turmeric has been considered a golden spice because of its colour. The use of turmeric is not only restricted to the Middle East, but it is also used around every country in the world. During the nineteenth century, the overproduction of spices caused a gradual decline in its economic significance. The 20th century has invented the modern usage of cuisine. Monopolies determined the business of turmeric and also every spice, but during the twentieth century, this monopoly is decentralised. With the advent of globalising processes in food culture, the production of spices increased (Freedman, 2020).

The third globalising process is considered as the current period, which promotes the globalisation of cuisine through transport technology and advanced communication. This advanced system created considerable changes in food systems throughout the world. From the mid-twentieth century, the information age is fostered in an innovative way of global cuisine sharing. The process of globalisation in the food system has developed the turmeric business all over the Middle East with huge profits. The market share of turmeric manufacturing is highly apprehensive. The scientific evidence of anecdotal health benefits has been attributed to turmeric. This has increased the medicinal value of turmeric. Quality making of healthier food is a necessary agenda of this modern globalisation process. Through fostering consumption of turmeric, the agenda has been working for healthier benefits. The ancestors' value of turmeric is re-evaluated by the modern use of turmeric. The Middle East has experienced a high rate of consumption of turmeric because of the increased demand for spicy food in the region (Marketdataforecast, 2020). The natural and organic value of turmeric adds to the healthy diet consumption habit.

It refers to the study of food and culture. Gastronomy focuses particularly on gourmet cuisine. It also determines the cooking techniques and nutritional advantages of healthy cooking. It relatively helps to understand food science. It includes tasting, experiencing, discovering, understanding, researching, and writing about food cooking and its effects on nutrition (Berkeley). The interaction of nutrition with food culture is the topic of discussion in gastronomy. It covers the interdisciplinary ground with much emphasis on healthy cooking and nutrition. 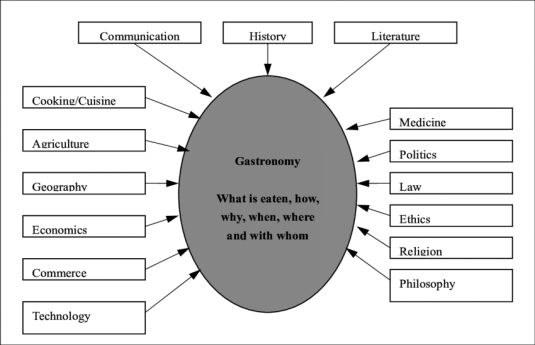 The agricultural production of turmeric has an increasing impact on its medicinal value. The Vedic and ancient sources prescribed the medicinal value in their medicinal books. Turmeric provides health benefits by preventing heart disease, depression, arthritis, and even potential components to treat cancer (Gunnars, 2018). Modern technology is using those sources to enhance the medicinal value of turmeric. Moreover, it provides a healthy nutritional diet as a cooking ingredient. Still, laws and political impact on turmeric's import and export system have created considerable changes in its supply chain. Many countries refrain from exporting turmeric due to political issues. The law relating to the food industry regulates the turmeric business. It observes that while turmeric is used as a medicine that should be produced ethically. Though turmeric business and the agricultural aspects of turmeric do not correspond to philosophy, still there are assumptions that turmeric is capable of developing mental stigma through insight development. The business of turmeric has created the opportunity for communication between various organisations throughout the world. The business expansion region is enormous; hence it corresponds to the multidisciplinary aspects.

As per the above discussion, it can be concluded that the significant turmeric exporters are China, Bangladesh, Myanmar, India and other Middle East nations, on which globalisation impacts crucially. Various nations settle different pricing of turmeric as per the quality and other costs like transportation, export, production and so on. Also, the inflation rate of a country influences the pricing of turmeric due to its characteristics and demand in the international market. In this regard, it can also be asserted that globalisation increases diversity and the availability of products in terms of food and culinary supply that attract numerous tourists to a specific spot where cuisine and culinary products are available. A country can achieve tremendous economic growth due to the impact of globalisation. Lastly, it can be stated that due to globalisation, not only tourists are becoming more mobile but also the food they prefer has become more mobile.

As per the above discussion, some recommendations can be enlisted that should be taken into account by the authorities of a country to effectively and efficiently implement the aspect of globalisation in gastronomy.