Coca-Cola announced the availability of Coca-Cola with Coffee below:

The breakthrough innovation creates the new “refreshment coffee” category with a pioneering proposition that “sips like a Coke and finishes like a coffee” – giving Coca-Cola fans and java lovers alike a refreshing and reinvigorating reset to their daily routine.

The product has roughly twice the caffeine of a normal can of Coke, at 69 mg of caffeine per 12-oz. can. The three flavors rolling out nationwide are Dark Blend, Vanilla, Caramel, with Zero Sugar versions of Dark Blend and Vanilla.

Consumer tests showed that 80% of people who tasted Coca-Cola with Coffee said they would buy it. 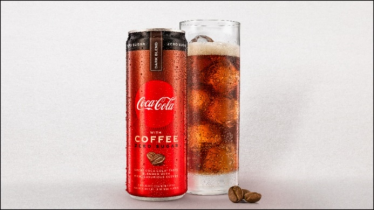 Iconic Brewing, makers of Wakewater is also targeting coffee drinkers, but through the caffeinated water category. Although not as well-known as Coca-Cola, Iconic has a strong presence in the market through the Cottage Spring line of vodka sodas, Good Vinves wine spritzers, Cabana Coast canned Moscow Mule and the Liberty Village line of ciders. 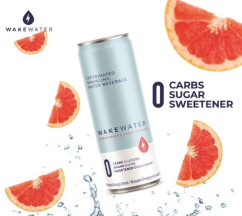 Wakewater is a sparkling water with 85mg of caffeine (comparable to a small cup of coffee) positioned as a “healthy alternative to coffee or traditional energy drinks”.

Wakewater avoided reference to energy drinks because they did not want to be compared with Red Bull or Monster, although marketing director Keith Walker did say “We want to be in the drinks aisle, not the health aisle. We want it beside Red Bull and Monster.” It referred to itself as a “sparkling caffeinated water beverage”.

Both brands explicitly see themselves as winning over current coffee drinkers as a primary object5666ive although they recognize other consumer segments will be very important to their success.

Consider the two brands and their chances of accomplishing their objectives:

The responses should be “memo length”: 2 pages Minimum

Subject: Market Positioning of Coca-Cola with Coffee and Wakewater by Iconic Brewing

I am writing this Memo to discuss about the chances of Coca-Cola with Coffee and Wakewater in capturing the coffee drinkers.

Coca-Cola with Coffee has a better chance of capturing the coffee drinkers compared to Wakewater. There are three main reasons for this. First is that 80% of the consumers who tasted Coca-Cola Coffee said they want to buy the product. Second is the brand name of Coca-Cola in the market in terms of beverages. Yasmin (2017) is of the view that brand name plays a very important role in influencing the purchase decision making of consumers. Therefore, when compared to Iconic Brewing, Coca Cola has a better chance to manipulate customers point of view regarding its coffee drink. The third reason is the product category. While Iconic Brewing wants to target the coffee drinkers using caffeinated water category which is closely related to energy drinks as identified from the comment of the marketing director of the company, Coca-Cola wants to directly compete with the coffee companies. The product category is closely related to coffee, especially cold coffee. Another small reason can be the presence of different variety for customers to choose for Coca-Cola with Coffee like Dark Blend and Vanilla Caramel as well as zero sugar versions for both the variants. Stankevich (2017) remarked that the presence of different variants is attractive for customers as it increases the possibility for brands to sell either one or another variant based on customer demands. It also reduces the risk of shifting customers to other brands. For example, if a customer does not like one variant, they can switch to another variant, rather than another brand. This is why Coca-Cola with Coffee has a better chance of capturing coffee drinkers.

The main challenge is related to consumer attitude and behaviour. The main target market for both the companies as presented in the scenario is the coffee drinkers though they believe that other customer segments are also vital for their success in the market. Coffee is enjoyed not as an energy drink and neither as a cold drink. Coffee is enjoyed as a refreshing beverage that helps customers to energized and focused. Those who drink coffee usually look to enjoy the taste of the coffee, the feeling it provides, especially freshness. However, none of the products can provide this feeling to the coffee drinkers. Therefore, irrespective of the presence of caffeine in both the products, they might not be able to replace or become a popular product among the coffee drinkers, instead, it can become a seasonal or moody product for the coffee drinkers. Nguyen, de Leeuw and Dullaert (2018) remarked that consumer behaviour is influenced by their internal motivation and attachment towards a product. Coffee drinkers actually love coffee and therefore, when coming to consume Coca-Cola with Coffee or Wakewater, it might not be as popular as Coffee. Moreover, even though Coca-Cola with Coffee received 80% positive response in the pilot market study, in the real-life, it might not be accepted by the coffee drinkers. Apart from the challenge of making the product relatable with coffee, another challenge is the brand itself. While Coca-Cola is well known for its carbonated drinks, Iconic Brewing is famous for its brewery and vodka. It means neither of the companies has previous experience or brand equity in the coffee market. The presence of a large number of competitors in the market therefore can become an obstacle for both the companies to attain market share or influence customer buying decisions towards them.

As per the analysis, it is identified that the brand name and the product category chosen for both the products are the major challenges whereas consumer behaviour and attitude towards coffee is another major obstacle. In this context, in order to acquire coffee drinkers for the products, there are certain changes in the marketing needs to be done. At first, the product category should be closely related to coffee. The names of both the products are now highly related to their brand names. Wakewater does not even consider Coffee in its name which is a shortcoming. Therefore, changing the Coca-Cola with Coffee to Coke-Coffee and Wakewater to WakeCoffee can be done. The changes in the name of the product would certainly target the consumers psychologically. Hearing the name Coffee would help the consumers remember the product and can help in creating a purchase intention. Shabbir, Khan and Khan (2017) is of the view that product names, logos and packaging are integral for product positioning and marketing as these help customers to store and segregate the product names and their features when the need arises. Therefore, not only the name but also the product packaging of Wakewater needs to change though, for Coca-Cola with Coffee, it is already having good product packaging. Doing this will help the products to be categorised not as carbonated drinks and neither as caffeinated water or energy drink. It will be perceived as some variant of coffee which in turn would help in influencing coffee drinkers to buy the product.

The second change that needs to be done is in the product quality itself. The current product itself is not equal to coffee. Therefore, once the avid coffee drinkers taste it, they might not resume it other than on occasions. It means that increasing the proportion of coffee in the product would help in pouring more taste related to coffee. The third change that needs to be done is in marketing tactics. While Coca-Cola has already done its survey and wants to position itself as a coffee product, Iconic Brewing wants to present itself as a healthy alternative to Coffee or traditional energy drinks, yet their manager director sees the product in the energy drink category. This completely contradicts the product positioning. Therefore, while Coca-Cola just needs to market the product using different marketing channels, Iconic Brewing needs to position the product properly and should also focus on controlling the internal marketing activities so as not to create any controversies which can have a negative impact on the brand image itself.